Some features of this website DO NOT support IE. Please use Chrome or Edge, or other browsers.

Founded in 1925, Blue-Point Tool Company was formed in Wisconsin, United States, as a Tools manufacturing company. The Blue-Point name was derived then from the blue-coloured tips of punches & chisels formed after oil quenching and tempering. This distinguished Blue-Point's products from competitors' and Blue-Point eventually became a brand synonymous with quality hand tools.

Following the successful introduction of the Blue-Point punches and chisels, the management turned to their Milwaukee supplier factory to provide open-end wrenches and issued this instruction: "Forget about competition, price and precedent; just make the best wrench in the world, and we will sell them regardless of competition and price". A short time later, the factory delivered their first set of eight open end wrenches and guaranteed that it was impossible - to break the head, spread the jaws, bend the handle, or to destroy their everlasting efficiency. That sounded like a wild and extravagant claim, but the sales force set out to sell them on that basis, and sell them they did! 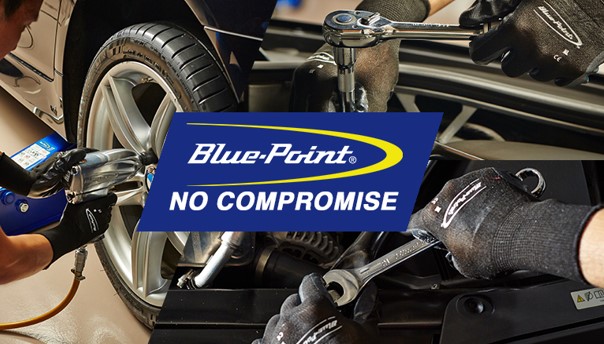